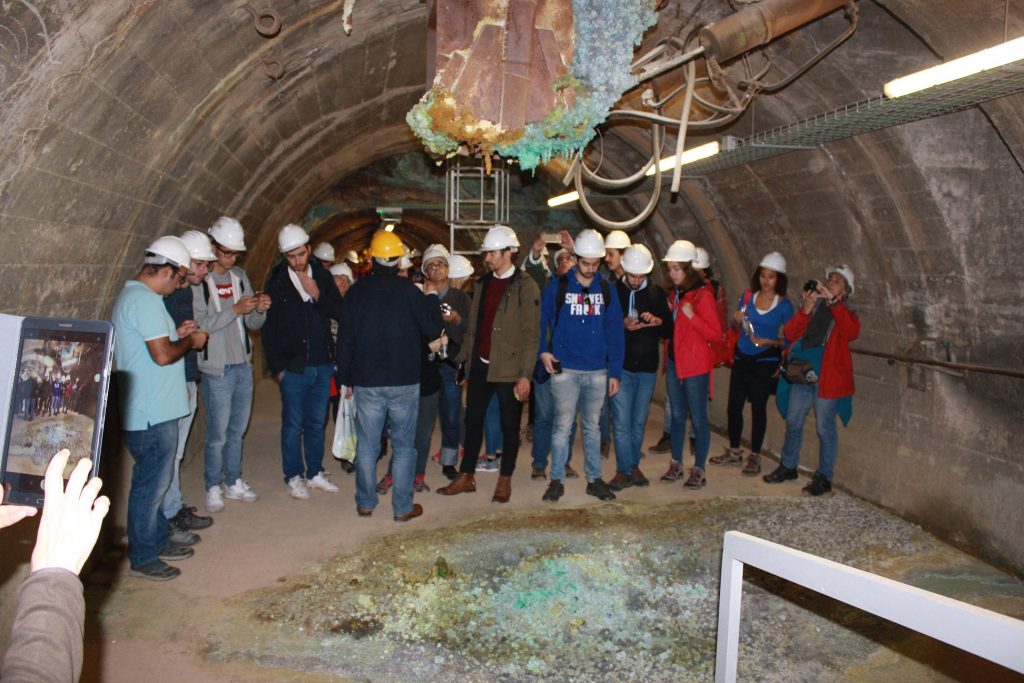 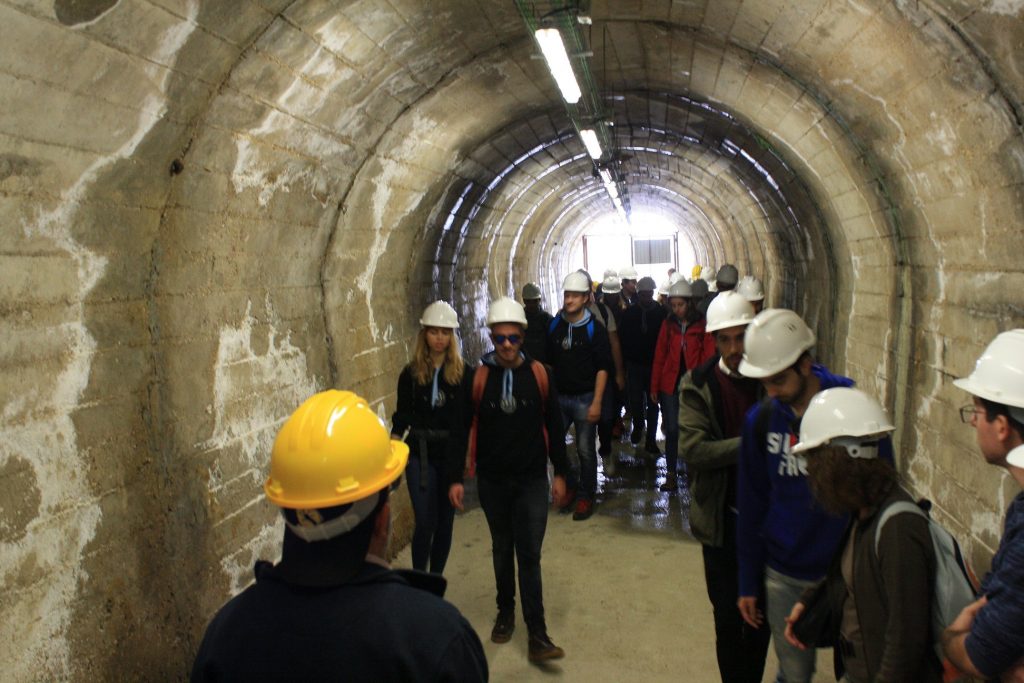 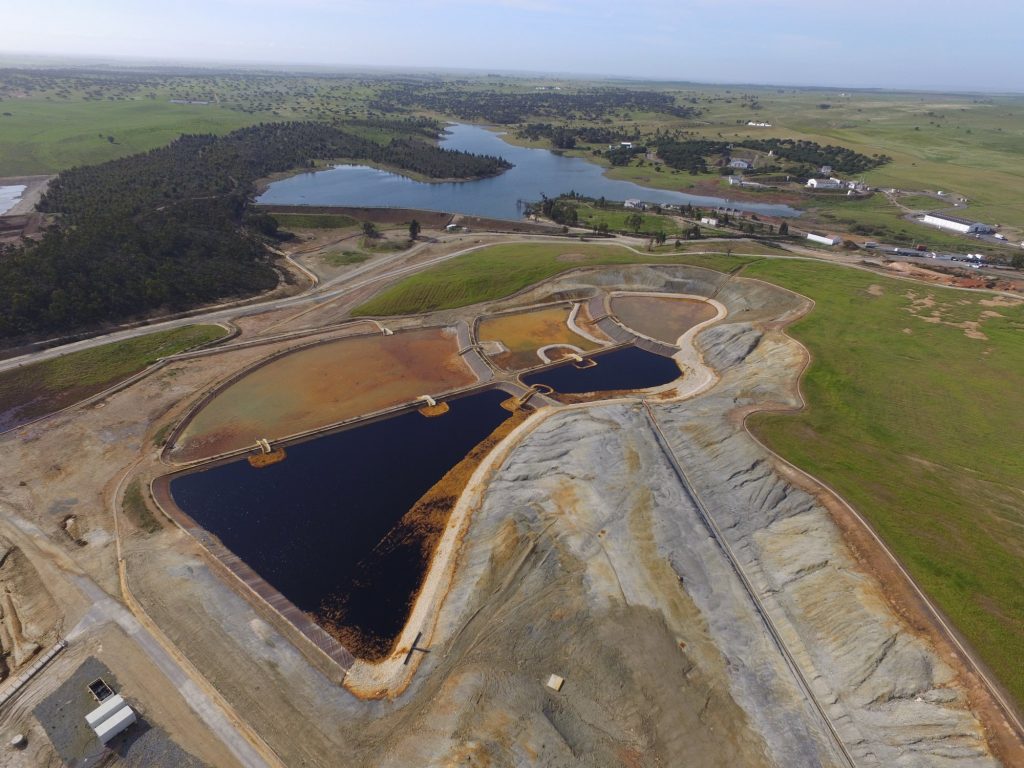 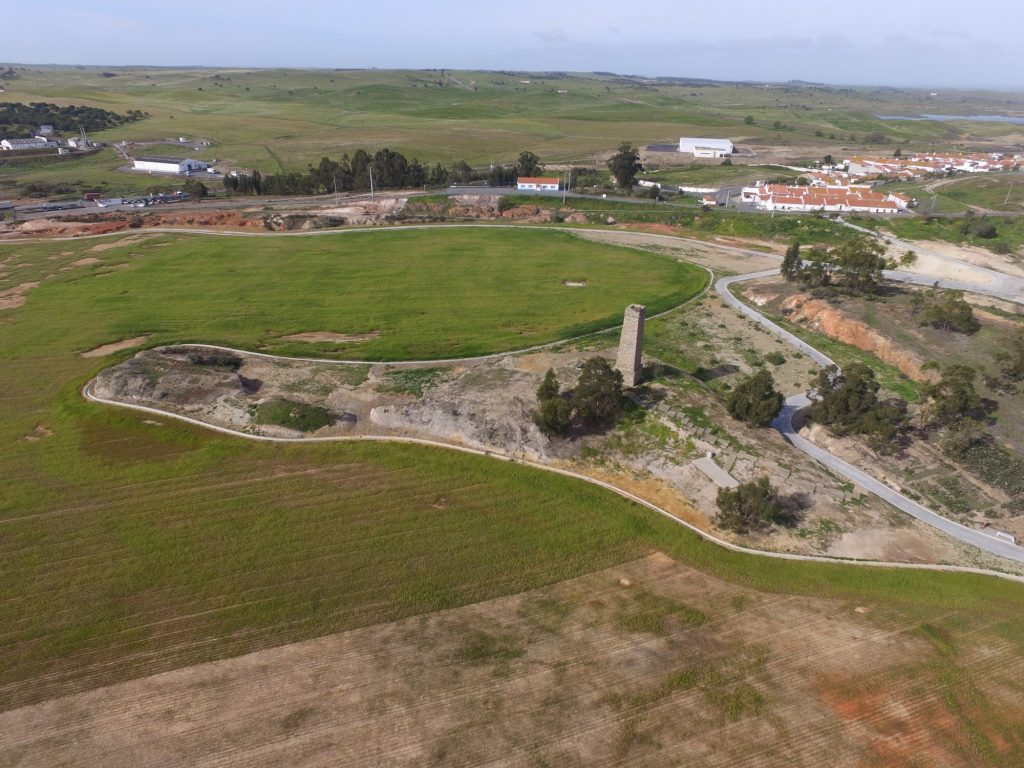 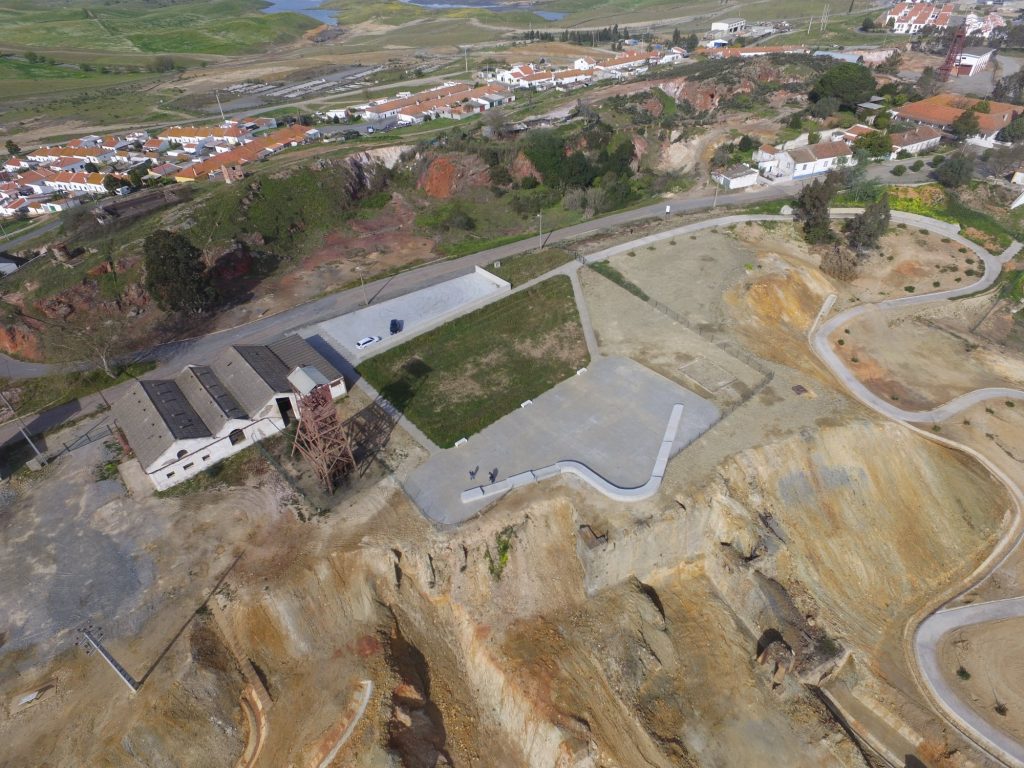 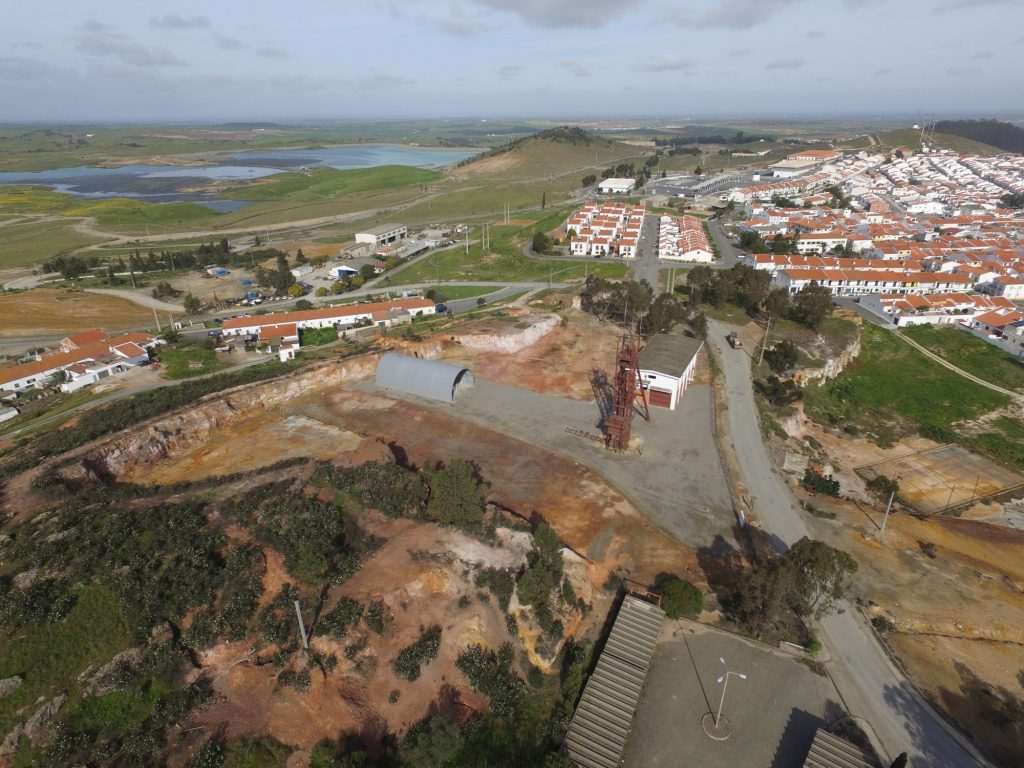 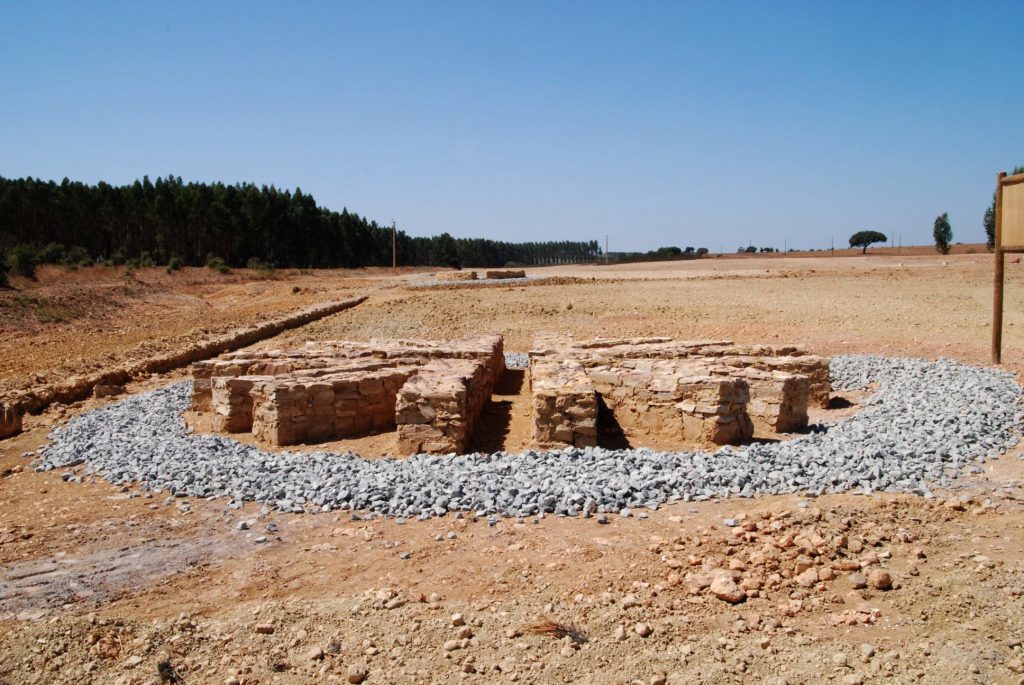 Visit to the Environmental Recovery Works in Aljustrel

Within the scope of the INTERREG GEO_FPI Project: Cross-border observatory for the geo-economic recovery of the Iberian Pyrite Belt. On 3 November, the LNEG – National Laboratory of Energy and Geology and the Municipality of Aljustrel, as partners in the Project, and a group of professors and students from the University of Coimbra, visited the environmental remediation works of the former mining area of Algares and the remediation works of the former mining gallery below the Bairro Vale d’Oca district.

The hydrological-environmental rehabilitation of the Aljustrel Mining Complex took place in 4 stages and covered the mining areas of Algares, São João and Moinho, as well as the metallurgical area of Pedras Brancas. The investment made in the period 2005-2008 was co-financed by the Alentejo Region Operational Programme under the auspices of CSF III and the 2007-2015 Operational Programme for the Advancement of the Territory under the NSRF.

This former mining area has been visited by several entities, with Aljustrel Municipal Council organizing the local logistics.